On 3 May 2014 the Riga City Council meeting room was organized project EAC -2012-0559 ” Let’s pull together ” closing conference , which was attended by representatives from all project partner organizations: Latvian Tug of War Federation, Lithuania Tug of War Federation, Hungarian Tug of War association, Tallinn Rugby club – Estonia, Kime sport & promotion center – Poland. The conference was held with the support of the Riga City Council.
The Latvian Federation of Tug of War Organizes the conference. The project “Let’s pull together “at the end of 2012, the financing granted by the European Commission. Latvian Tug of War Federation of the main benefit of the project is developed in the first level of training and methodical novice training, which will be put into practice with the Latvian Academy of Sport Education. Each Member State has enabled the project to develop the sport in their country. Poland as a springboard for the project was starting to prepare for the World Games organizing the 2017th year. Developed new judges and volunteers with training program that will be used in the project countries Latvia, Lithuania, Hungary, Estonia, Poland. Project learning content using informal educational methods developed good cooperation between different nationalities, age, education, and occupation people.
The three-day workshops in each country were trained volunteers who organize future races tug of war in accordance with the provisions of ways for your organization, becoming highly qualified judges. Volunteer training conducted an international group of experts. As the Latvian federation representatives Aivars Brakmanis and Dzintars Polna have, the most experience – for 16 years as granted international category, then on the Latvian side also had the largest contribution to the preparation of the content. Other country experts supported the teaching process, information technology, workshops, photo, video, etc.
These materials collected “good practice handbook”, which was presented at the closing conference of the project, which took place in 3 May. Conference was attended by all 15 members of an international group of experts from the project partner organizations (Tug of War Federation of Latvian, Lithuanian Tug of War Federation of Hungarian Federation of Tug of War, Kime sport & promotion center – Poland and the Rugby Club Tallinn – Estonia), the conference brought together more than 70 participants. Participation in the organization of the conference took the Latvian Academy of Sport Education students. In the Conference speaks MEP Inese Vaidere evaluating the project of international importance. Warsaw Bielan municipal vice mayor Grzegorz Pietruczuk, which in turn expressed their willingness to cooperate in the realization of new projects. LASE Dean of Studies Pedagogy Professor Andra Fernate delivered a lecture on the role of non-formal education in personal development, but project partners presented the design time experience.
Tug of War International Federation (TWIF) Vice-President Mrs. Maaike Hornstra (Netherlands) evaluated the Latvian Investment and “opened ” the draft “Good practice handbook ” and handed the Latvian Tug of War International Federation Tug of War Federation of award for special contribution tug of war sport development.
The workshops will be an international evening, where countries have shown particles of their culture. Have shown Latvian dance by Folk Dance Ensemble “Zalktis”.
In May 4, conference participants took part in the closing event of the project “The Big Tug of war competition”

Proposals for Policy makers
Project “Let’s pull together”
(calls for proposals 2012 – Trans-frontier joint grassroots sport competitions
in neighboring regions and Member States. – EAC – 2012 – 0559)
The main objective of the programme, which was prepared actions in the field of sport for the programme ‘Erasmus for All’, project ‘Let’s Pull together’ organizers identified three problems:
• Insufficient use of Tug of War sport as a vehicle for informal education for youth
• Insufficient use of Tug of War sport as a vehicle for promoting tolerance and transnational understanding between youth of different backgrounds
• Lack of exchange of best practice examples and experiences of Tug of War sport between countries
Thus the project organizers as its general objective was set out an aim to promote sport of Tug of War as a vehicle for professional and personal growth, social inclusion and transcultural understanding between youth of different background. Participants of the project was young people from Latvia, Lithuania, Estonia, Poland and Hungary.
International group of experts provided the content of the seminars and workshops and shared their knowledge and skills train volunteers.
Project seminars content provided an opportunity for – volunteers to gain management, organizational, referee skills using informal education, and make them promoters of tolerance and social inclusion.
International experts group makes it possible:
To develop the personality of professionalism,
Foster cross-cultural understanding, tolerance and respect between youth of different backgrounds
Exchange good practice examples between Tug of War organizations
Project built a sustainable network of Tug of War organizations and federations which using good practice examples and transferred knowledge; trained new youth volunteers, organizers and referees giving them practical knowledge.
Tug of War sport does not require many funds. It is a sport that always attracts the viewer, and it is a sport that uses in the team building” events, it is a main event during sports festival, it is a sport that attracts people and a young people’s as well as high level sport Tug of War sport teaches tolerance and understanding, friendship un fire play.
Project international experts group during the meetings found that all countries have a similar problem’s and find our proposals to the national sports policy makers:
1. Governments and local authorities need to be more open to non-Olympic federations
2. Build a national law so to make it easier to recognize the non-formal education program (of local sports competitions in – instructor level)
3. International Federation increased support to the new federations – more assist Tug of War marketing.
4. Sports organizations need to support cross-border exchanges of experiences that contribute to develop sport and quality educational programs for volunteers, judges and coaches.
Conference participants “Let’s pull together”
Riga, May 3rd, 2014 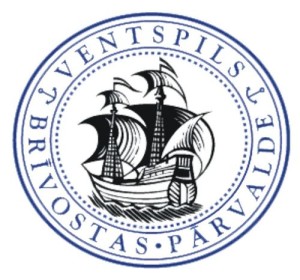